Home Blog Why I'm Not Crying About Our Rebrand

Why I’m Not Crying About Our Rebrand

It’s been 10 years since Stan Dzavoronok and Dave Rosen launched XHTMLized. Now we’re rebranding into Xfive so I asked an inventor of the old brand, how he feels about the change.

Marek Tyniec: The company was established 10 years ago, am I right?

Stan Dzavoronok: Actually the idea of an online service of converting PSD files to HTML websites came in the middle of 2005. We started preparing designs and development. Designs were more complex at the beginning than the final result you were able to see after the company launched. It was similar to marketplaces like “Elance” or “Get A Freelancer”.

In the end we decided to make it simple. We created a one page site which was the first version of XHTMLized where people were able to select how many pages they would like to convert and in how many days and there was a calculator providing a final price.

After that, a customer was able to upload their files and these landed in our Basecamp that was integrated with the website. This was the way it worked in 2006, when on 6th of March XHTMLized was officially launched. 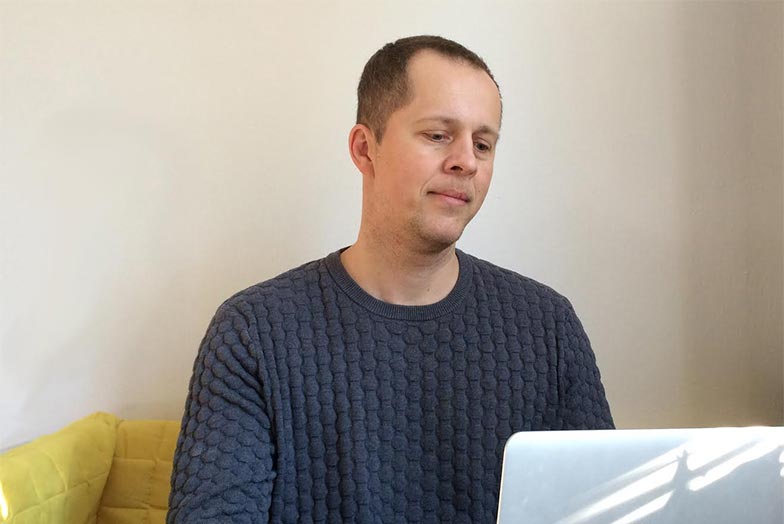 And by “we” you mean you and Dave Rosen?

Actually at that time there were also two other guys who were Ruby on Rails developers. One of them was Dmitry Sabanin and another one was his brother Ilia. And there was Dave and me. So I was doing the front-end part and graphic design and the back-end part was done by the Sabanin brothers.

And we can find that first version of XHTMLized on web-archive?

I think there is a blue one version and the first one was green. Here’s how it looked: 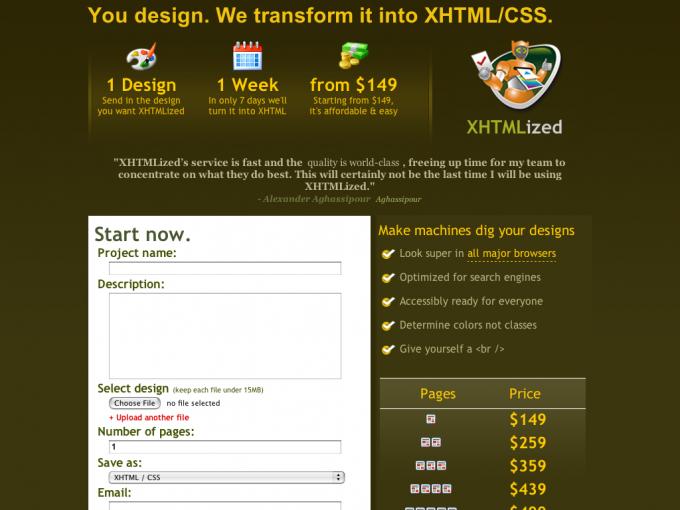 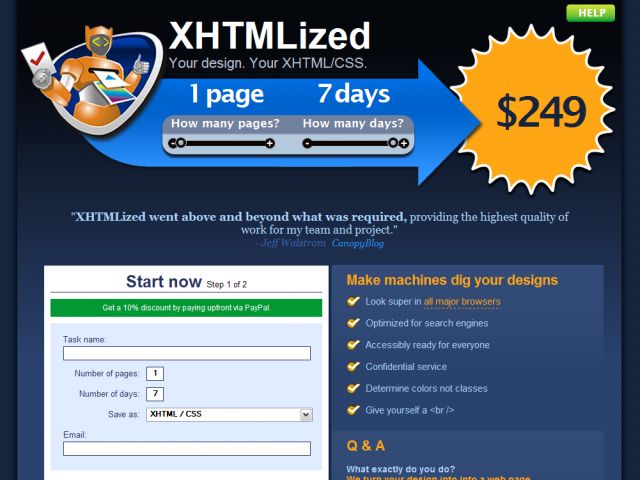 As far as I know it was you, who invented the brand name “XHTMLized”…

We had been discussing a couple of other names for a company, like “CSSized” or just “HTMLized”, but at that time it was XHTML that was a leading technology and was dictating the standards in our industry, so I created “XHTMLized” and that “ized” suffix was meant to show that the job is done almost automatically. In the following years from 2006 we created JSized, Flashized, WordPressized and others.

Everything was “ized”. Back then it was a nice brand name because it was reflecting the technology, but no one expected that the HTML5 would progress so far that it would become a leading technology and now it is the main thing in front-end development.

If you look through web archive, you can find images of robots that are part of the XHTMLized brand from the beginning of the company.

It was Dave’s idea. He wanted to have something that meant that there was a machine converting files, but that the machine was human-powered. The image has changed through the years, but the idea has been with us since 2006.

Ok, let’s turn the page, we’re in February of 2015. After many discussions, we’ve collectively agreed that we need to rebrand. How did you feel then as a “father” of the XHTMLized brand name?

Well… at the beginning we weren’t thinking about how the brand would be pronounced. Maybe it’s not so easy. Maybe it even hurts the tongue. Some customers were aptly shortening it to “XH”.

Also, XHTMLized is strongly connected with the specific technology. I think it’s natural that when a company grows and evolves and wants to go to the next level, its brand name can be a limitation when it’s hard to pronounce or reflects an outdated technology.

Since the era of XHTML, everything has gotten simpler and so has our new brand: Xfive.

Of course the brand was my creation, but if we want to evolve and take the next step you have make some sacrifices. We have to open up to new challenges that the future with the new brand, Xfive will bring. If the new brand will be as successful as XHTMLized, I’ll be happy.

XHTMLized is rebranding to Xfive

What else you can find under the new brand, Xfive?

There is our ten year anniversary and there is also something that we internally call “fives culture”.

Now we are a mature web development company. Previously, our core activity was design to HTML conversion, but behind the scenes we were programming PHP, Ruby and web design.

Also, X-Team emerged from XHTMLized. We were a launch pad for a lot of people and many success stories. From this point of view I do feel some kind of nostalgia.

With such a variety of activities we do on a daily basis, it’s better to have a more universal brand… less connected to a technology. So for me at the moment it’s natural that we’re leaving XHTMLized behind.

I also hope that from the client perspective there will be some curiosity about Xfive. I already know that some of them are excited about it.

Finally, we’ve kept the “X” as a part of our legacy so our long term partners won’t be surprised too much.

Looking back through all those years at XHTMLized to what has now evolved into Xfive, I realize that I helped to create a large family of passionate people living their dreams. 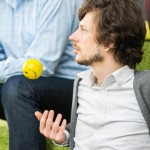 XHTMLized Has Rebranded to Xfive

10 years ago Dave Rosen and Stan Dzavoronok started a company which pioneered an industry… solving the challenge of quality front-end development.

How Do You Measure a Decade?

Ten years is a long time. Most of us get to live 7 decades according to averages. If you hit 10 decades you get a letter from the Queen. A decade is a quarter of my life so far, and certainly the most impacting decade I’ve had so far.