To our friends - both old and new:

Today marks the start of a new chapter for Xfive. I’m gratified to announce that we are joining forces with Webvanta and have entered into an agreement to acquire all the assets of this inspiring web solutions company in the San Francisco area.

Xfive started 10 years ago with the belief that finding the right people was the most important factor for any project. It turns out we were right. We’ve had an incredible journey building a passionate team driven by quality and care. Together we’ve been privileged to serve your web development needs and change the way you think about your digital future.

With Webvanta we’ve found more of the right people – exceptional minds and generous hearts. We admire the way they’ve championed digital innovation for educational and mission-driven organisations. We love the way they solve challenges with an information architecture ethos. We’re impressed at the technology they pioneered which makes content a catalyst for growing community. We’re not alone in our feelings. Webvanta customers have over 200 websites and applications running on the Webvanta Cloud technology. We’re excited to be get to know you all and learn how we can best serve your digital futures.

Talking of the future, everyone makes a dent in the universe but some people have such a great impact that it causes us to be more purposeful about what our dent will be. An individual can inspire a community, and a community is the most powerful force of nature. Throughout this acquisition I’ve had the honor of meeting such an individual – Webvanta’s co-founder Michael Slater.

Like many great people Michael has extraordinary vision and values. What sets Michael apart is that he has managed to impart this vision and values on those around him, contributing himself back to the world by inspiring others in their own journey. While I’ve only personally known Michael and his wife Irene for a short time, their influence will stay with me for life. It’s clear that the same is true for all of the team at Webvanta. Mirror-images of Michael are reflected across the team. I believe anyone who has ever met Michael would know what I’m talking about.

Michael and I both smile at Warren Buffet’s call-to-action that “someone is sitting in the shade today because someone planted a tree a long time ago”. While I’m not particularly skilled at gardening Michael is. Michael’s tends a serene garden at his home. It’s a truly tranquil and vibrant celebration of nature. With the right care it’ll be timeless. Just as Michael has taken individual care in tending to each flower, Michael’s created an even greater garden – perhaps without really knowing it – in the lives he’s touched though the people he has worked with. The indirect impact Michael has had through his technology is remarkable too. Michael co-founded Webvanta back in 2007 with some revolutionary ideas on content’s potential to create connection and with that community. It’s a world I want to be part of. Reflecting on the communities that would have been made possible since then thanks to Michael’s efforts is remarkable. That’s a lot of shade. While Michael’s journey with Webvanta closes with this new chapter with Xfive his influence will not. Thanks to tender gardening, the future dent that Webvanta and now Xfive leaves on the universe will be better because Michael started it. Thank you Michael.

Going forward, Xfive and Webvanta united presents a lot of new possibilities. Webvanta brings new expertise and passions which complement Xfive and vice-versa. It’ll mean things we’ve been wanting to provide to our customers are no longer a future hope but an upcoming reality. Our roadmap now delivers an even greater depth of customer care as we strengthen our existing offerings and expand into new horizons. There will be some noticeable immediate benefits for both Xfive and Webvanta customers as well as some long-term projects we are certain will delight you. We’re excited to share more about this new journey as it unfolds. We wouldn’t be here today if it wasn’t for putting our customers first. We will continue to do so and look forward to hearing your thoughts on what you’d like to see as a result of this investment too.

I also want to assure you that Webvanta and Xfive will have the same hearts that you’ve grown to love. Our mission remains unchanged. Both Xfive and Webvanta share the same desire to create personal customer care, exceptional digital futures while at the same time building a great team and culture. We will simply have more resources which we believe together will create exponential high-fives.

Please join us in welcoming Webvanta to Xfive! 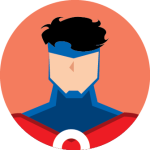 Dave Rosen as founder of Xfive has played a role with the company since its inception. Today, he continues to empower Xfive by equipping the team with rocket boots.

With over ten years of experience in the educational market, thanks to the legacy of Webvanta CMS, we're taking another step and presenting Press +, a WordPress-powered system for universities and other educational organisations.

From a simple vacation tool to a full talent management platform, Getfives helps Xfive and its members cooperate, grow and play.